Scottish Dukes in the 21st Century 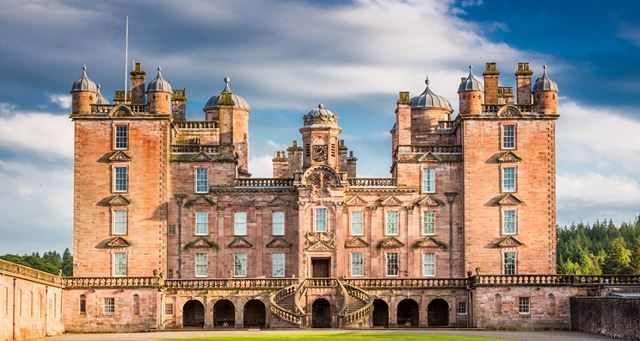 Scottish Dukes in the 21st Century

The Duke of Roxburghe died on 29th of August. He was 64, a victim of cancer. Guy Roxburghe was an impressive man in many ways and was given a substantial obituary in ‘The Scotsman’ and The Times. However, his achievements would not have been so prominently aired had he been plain Mr.

So who are the Scottish Dukes? And are they relevant in 2019?

The oldest and most senior is the Duke of Rothesay (a pleasant town on the Isle of Bute). The title was first given to David Stewart, son of Robert III of Scotland, in 1398. After David’s death it went to his brother, later King James I. Thereafter, the heir apparent to the Scottish Crown has held this dukedom and it is now the title used by HRH Prince Charles when in Scotland.

The other eight dukedoms, with dates of creation, are:

If you strip out Lennox (lives in England), Atholl (lives in South Africa) and Queensberry (also Buccleuch), we are left with five dukes: Hamilton, Buccleuch, Argyll, Montrose and Roxburghe.

As a body these five are quite impressive: all of them big or massive landowners, four of them clan chiefs and one (Montrose) sits in the House of Lords. The Dukes of Hamilton and Argyll also have ceremonial roles; the latter Master of the Household of Scotland, the former Hereditary Bearer of the Crown of Scotland.

Perhaps more significantly, our dukes own four of the most significant furnished castles in Scotland. The Dukes of Buccleuch have both magnificent Drumlanrig Castle and Bowhill House near Selkirk. The Duke of Argyll has Inveraray Castle (fascinating in its own right and also featured in Downton Abbey!) and the late Duke of Roxburghe was responsible for creating from his splendid home, Floors Castle with its gardens and grounds, a fascinating and relaxed half day visit.